is the splitting of the nucleus of an atom into parts (lighter nuclei) often producing free neutrons and other smaller nuclei, which may eventually produce photons (in the form of gamma rays). 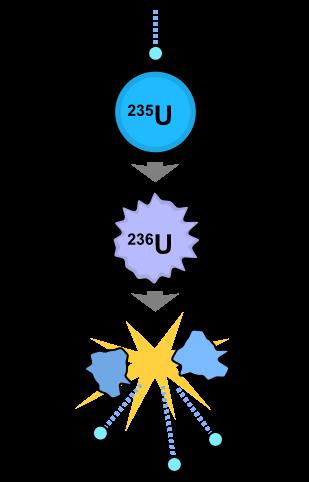 lement as the original atom.

Is the process by which multiple atomic particles join together to form a heavier nucleus. It is accompanied by the release or absorption of energy

The fusion of two nuclei lighter than iron generally releases energy while the fusion of nuclei heavier than iron absorbs energy; vice-versa for the reverse process, nuclear fission.

It takes considerable energy to force nuclei to fuse, even those of the lightest element, hydrogen. This is because all nuclei have a positive charge (due to their protons), and as like charges repel, nuclei strongly resist being put too close together. 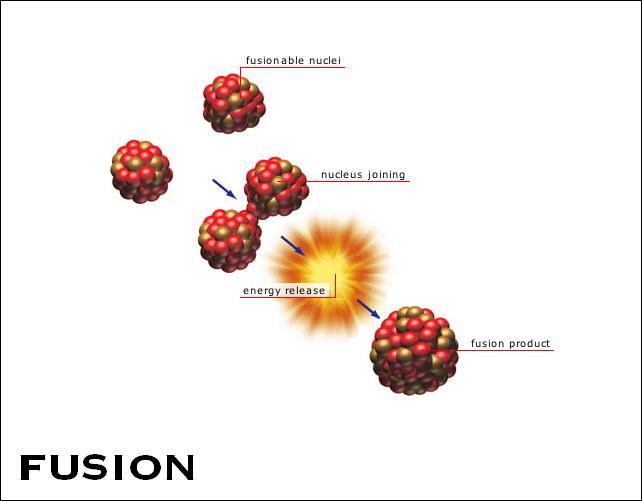