Now we can apply the above principle to the given system called electric motor. It is used to convert electrical energy to rotational energy. and consists of a coil on an axle inside a magnetic field:
When we apply the above rule to each side of coil, we get the forces in following direction:
Thus this couple of force rotates the coil about the axis.
But after one rotation it creates a problem. If the current is allowed to flow in the same direction after half rotation, the direction of forces reverses. Thus cant be allowed to make a complete rotation, this we need to reverse the direction of current and we do it by using a commutator and carbon brushes.
It consist of following assembly: Thus after each half rotation, the direction of current is reversed.
Electric generator on the other hand works on an exactly opposite principle.
When a conductor is moved in a magnetic field, it generates an emf across the conductor and if it is joined to a resistance, a current flows in the conductor.
It can be shown by the right hand rule:
Thus if the above shown figure of electric motor is rotated, an emf is generated across the two input leads by  the same principle.

ANSWERED BY EXPERT
CBSE 10 - Physics
electric motor how to work

ANSWERED BY EXPERT
CBSE 10 - Physics
what is magnet 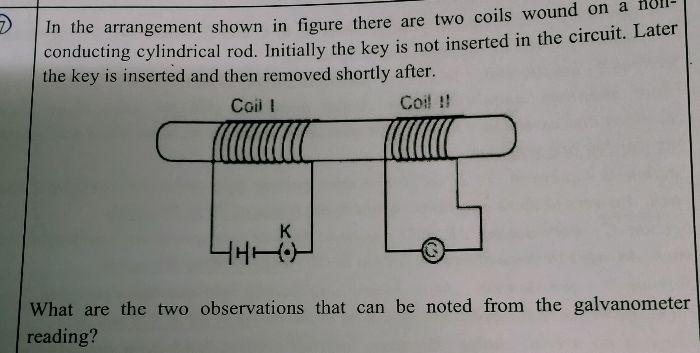