(i)The primary organs of the respiratory system are the lungs, which take in oxygen and expel carbon dioxide when we breathe.

(ii)The gas exchange process is performed by the lungs and respiratory system. Air, a mix of  oxygen and other gases, is inhaled.

(iii)The trachea, or windpipe, filters the air. The trachea branches into two bronchi, tubes that lead to the lungs.

(iv)Once in the lungs, oxygen is moved into the bloodstream, blood carries the oxygen through the body to where it is needed.

(v)Red blood cells collect carbon dioxide from the body’s cells and transports it back to the lungs.

(vi)Then, exchange of oxygen and carbon dioxide takes place in the alveoli, small structures within the lungs. The carbon dioxide, a waste gas, is exhaled and the cycle begins again when we again breathe.

(vii)After this, the diaphragm below the lungs controls breathing. The diaphragm flattens out and pulls forward, drawing air into the lungs for inhalation.    During exhalation the diaphragm expands to force air out of the lungs.

Mechanism of Breathing in Humans 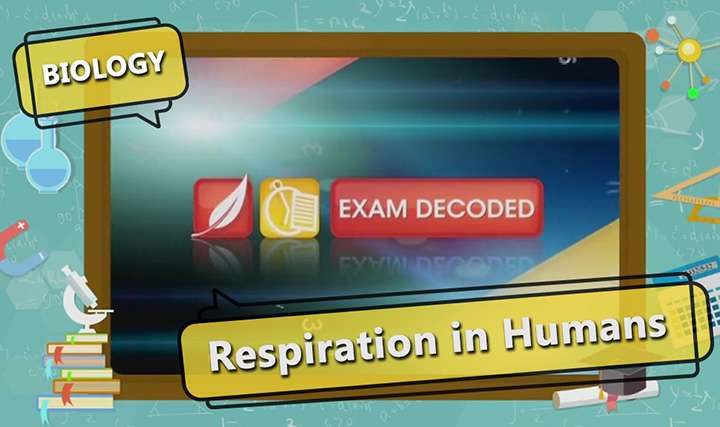