Thunderstorms:
Thunderstorms are weather conditions characterised by thunder, lightning and heavy rain. They occur due to the convection of air in hot and humid tropical areas. As the air near the Earth's surface warms up, it rises. This results in strong upward rising winds which carry moisture with them. The moisture condenses into water droplets in the cooler, upper regions of the atmosphere. The water droplets fall down as rain or freeze and fall as hail. The rising air and the rapidly falling water droplets and ice crystals collide with each other and produce static electric charges. Thus, the clouds get charged. When electric discharge occurs between the clouds or between a cloud and the ground, the lightning occurs. The lightning heats up the air in its path very quickly and thus results in a loud sound which we hear as thunder.
Wind currents are generated due to uneven heating of the Earth:

a. Uneven heating of the equator and the poles:

The air in the equatorial regions becomes warmer due to heating of the Earth. This warm air rises, and the cooler air from the regions in the 0-30 degrees latitude belt on either side of the equator moves in. The winds blow from the North and the South towards the equator. At the poles, the air is colder than that at latitudes about 60 degrees. The warm air at these latitudes rises up and the cold wind from the polar regions rushes in, to take its place. Thus, wind circulation is set up from the poles to the warmer latitudes.

b. Uneven heating of land and water:

In summer, near the equator the land warms up faster and the temperature of the land is higher than that of water in the oceans. The air over the land gets heated and rises. This causes the winds to flow from the oceans towards the land. These are called monsoon winds. In winters, the direction of the wind flow gets reversed and it flows from the land to the ocean. The monsoon winds carry water and it rains.

Note: Kindly ask the other questions as a separate query. 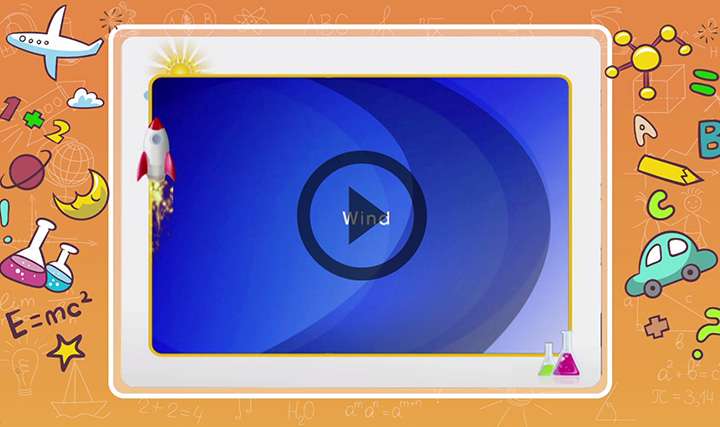 Definition and generation of wind