Find the magnetic field induction at a point on the axis of a circular coil carrying current. 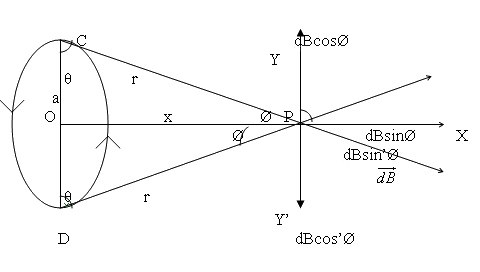 Consider a circular coil of radius (a ) with centre O. Let current I be flowing in the coil. Suppose P is any point on the axis of the circular coil at s diastance x from its centre O.

Consider two small elements of the coil each of length dl at C and D which are situated at diametrically opposite edges as shown in figure b.

According to Biot Savart"s law, the magnetic field induction at P due to current element at C is

Similarly, the magnitude of magnetic field at P due to current element at D is

Putting both the values in eq.31

If the coil has n turns then 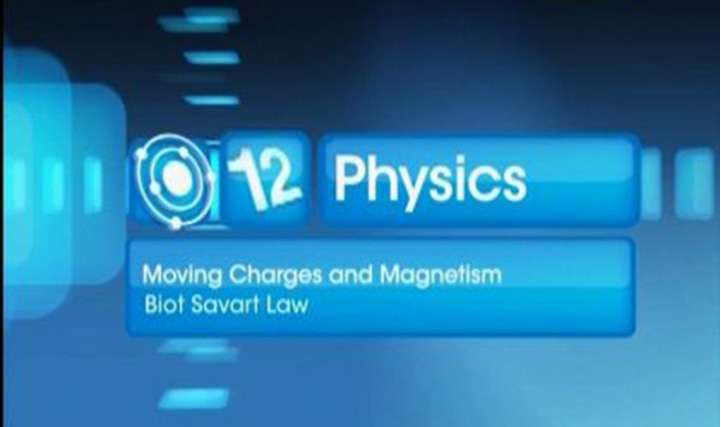 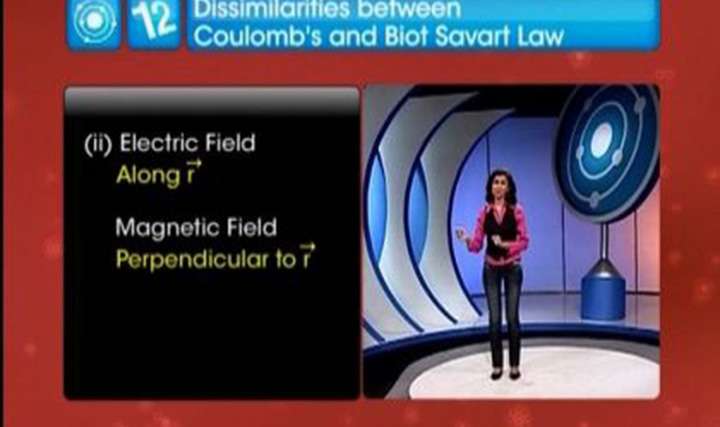 This video deals with Biot-Savart Law. You will learn how to apply right-ha... 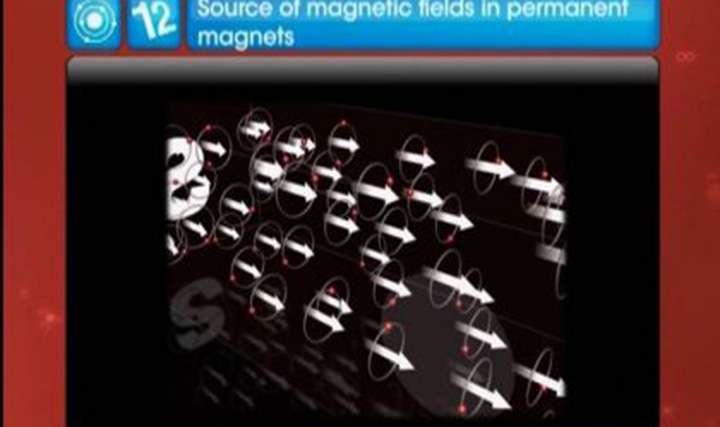