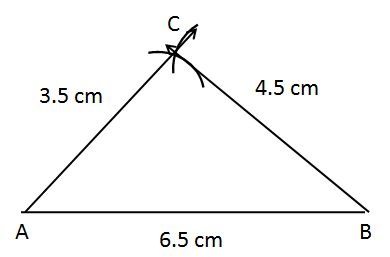 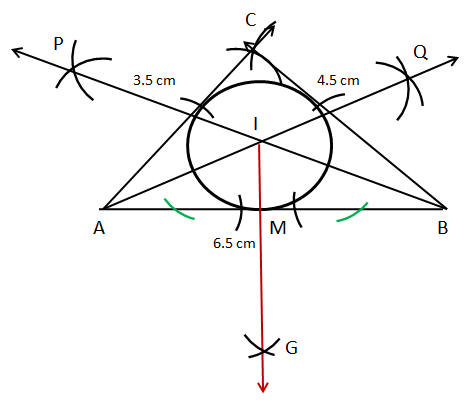 4. To draw the incircle, draw the angle bisectors of angle A and B.
To draw the angle bisector of angle A, with A as the centre and radius more than half, cut sides AB and AC. Now increase the radius a little and placing the compass on the arcs formed on the sides, draw two arcs to intersect at Q.
5. Join AQ.
Similarly construct BP.
6. AQ and BP will intersect at I.
7. Now with I as the centre and suitable radius cut AB at two places.
8. Increase the radius and placing the compass on the cut arcs on AB, draw two more arcs below AB to intersect at G.
9. Join IG, and let IG intersect AB at M.
10. With I as the centre and IM as the radius, draw the incircle of the triangle.
Note that the incircle is the same as the circle drawn touching sides AB,and CA and CB produced. 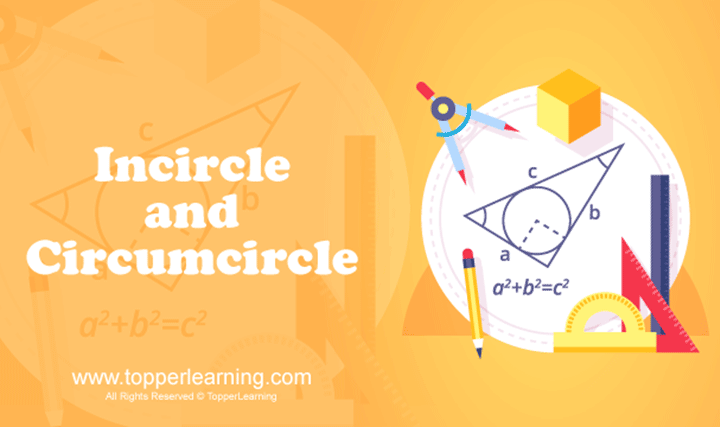 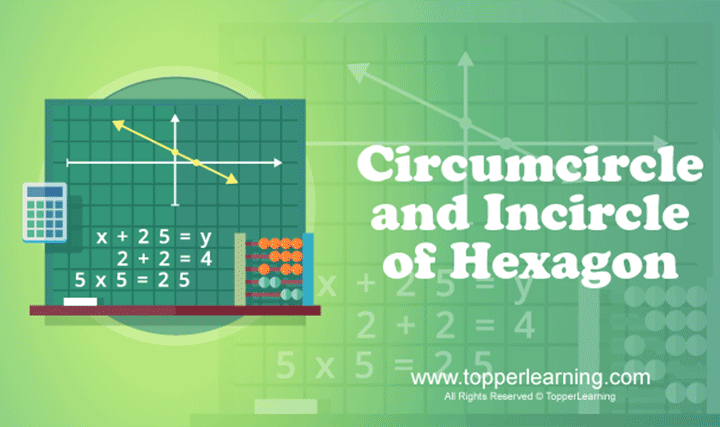