Can you please tell me about orbital velocity in detail ?? 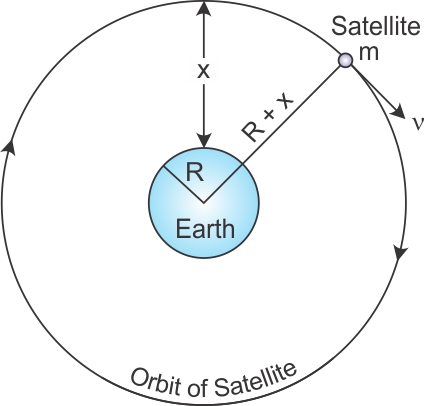 Thus, we find that the orbital velocity of a satellite is independent of the mass of the satellite but depends on the radius of the orbit (R+x) and mass of the planet (M) about which it revolves.
The acceleration due to gravity on the surface of the Earth is given by

Substituting the value of GM in the equation (1), we have,

... (2)
The equations (1) and (2) are used to find the orbital velocity for a satellite orbiting at a height x above the surface of Earth.
When the satellite is orbiting very close to the surface of the Earth:
In such a case, x≈0.
From equation (1), we have,

This video explains the universal law of gravitation and the acceleration d...

This video explains the universal law of gravitation and the gravitational ...

This video explains the derivation of the principle of conservation of tota...