C. A pond weed  was kept in a bell jar filled with water and the light source was kept at a distance of 10 cm from the plant. After 30 mins the number of bubles evolved per min was recorded. In this context answer :-
a. Name the gas produced by the plant during the experiment.
b. The gas collected comes due to the breakdown of _____________.
c. If ice-cubes are added to the water in the beaker,what will happen to the rate of bubble formation?
d. If lime water is added to the surrounding water, how will it affect the rate of bubble formation?
e. Now the light source was moved at distances 20,40,60,80and 100 cm away from the plant. Draw a graph showing the record of the number of bubbles evolved per min (bubble formed per min is 20 when light source is at 10 cm).

(a) Oxygen gas was produced by the plant during the experiment.

(b) The gas collected comes due to the breakdown of water.

(c) If ice cubes are added to the water in the beaker, the rate of bubble formation would decrease because of a drop in temperature.

(d) If limewater is added to the surrounding water, the rate of bubble formation would decrease because carbon dioxide acts as a limiting factor. 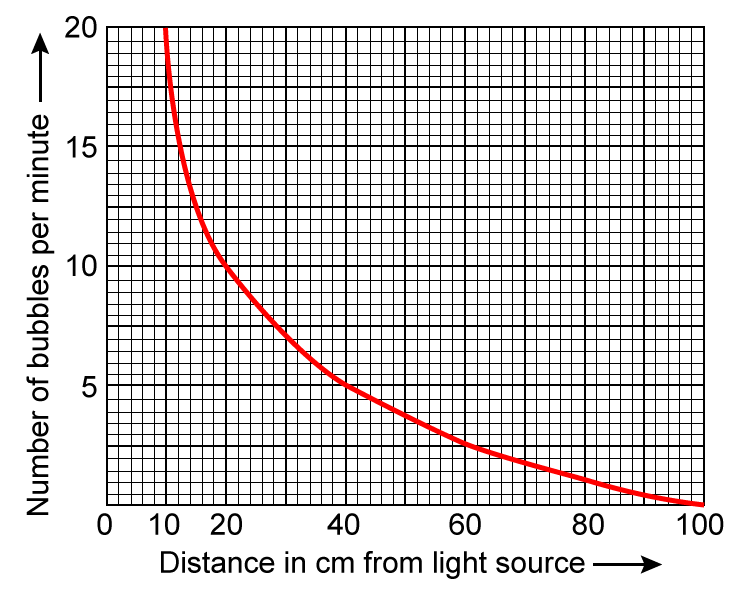 (Note: The graph shown is for representation purpose. The graph points may vary depending on the actual values obtained during the experiment)

This shows that greater the light intensity, greater is the rate of photosynthesis. However, one of the major sources of inaccuracy of the experiment would be the size of the bubbles. When counting bubbles, the bubbles may be of varied sizes, leading to inaccurate conclusions about the rate of oxygen production. 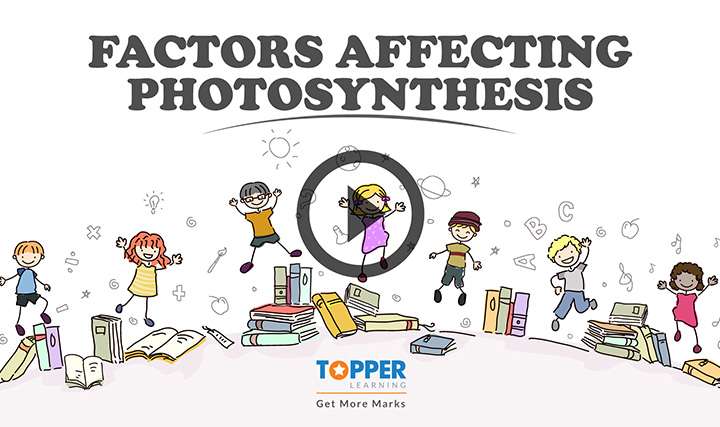