(a)  In young’s double slit experiment, deduce the conditions for obtaining constructive and destructive interference fringes. Hence, deduce the expression for the fringe width.

(b)  Show that the fringe pattern on the screen is actually a superposition of slit diffraction from each slit.

(c)   What should be the width of each slit to obtain 10 maxima of the double slit pattern within the central maximum of the single slit pattern, for green light of wavelength 500 nm, if the separation between two slits is 1 mm?

(a)  Young’s double slit experiment demonstrated the phenomenon of interference of light. Consider two fine slits S1 and S2 at a small distance d apart. Let the slits be illuminated by a monochromatic source of light of wavelength l. Let GG′ be a screen kept at a distance D from the slits. The two waves emanating from slits S1 and S2 superimpose on each other resulting in the formation of an interference pattern on the screen placed parallel to the slits. 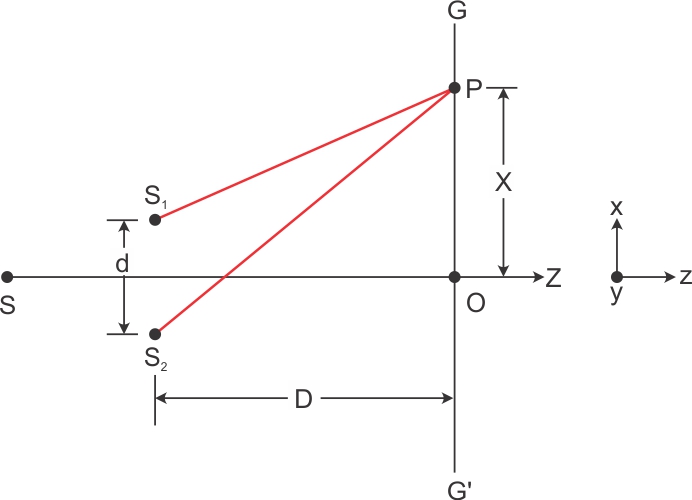 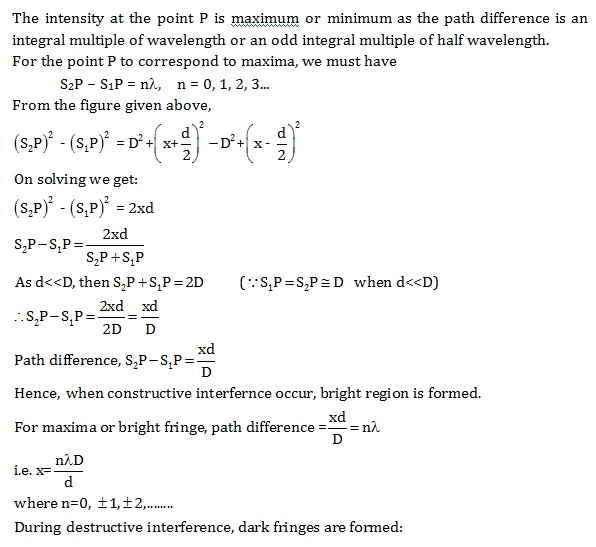 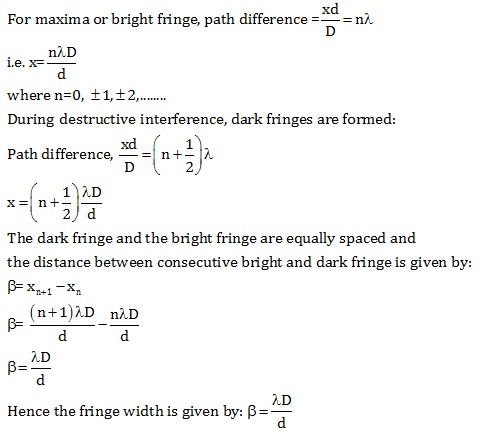 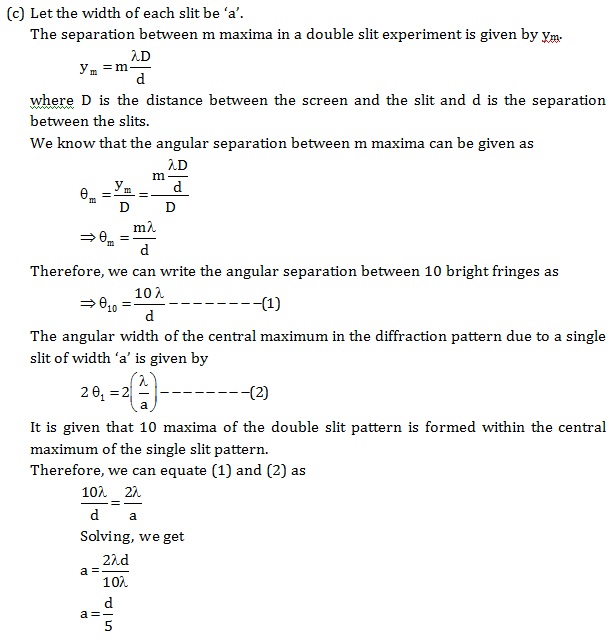